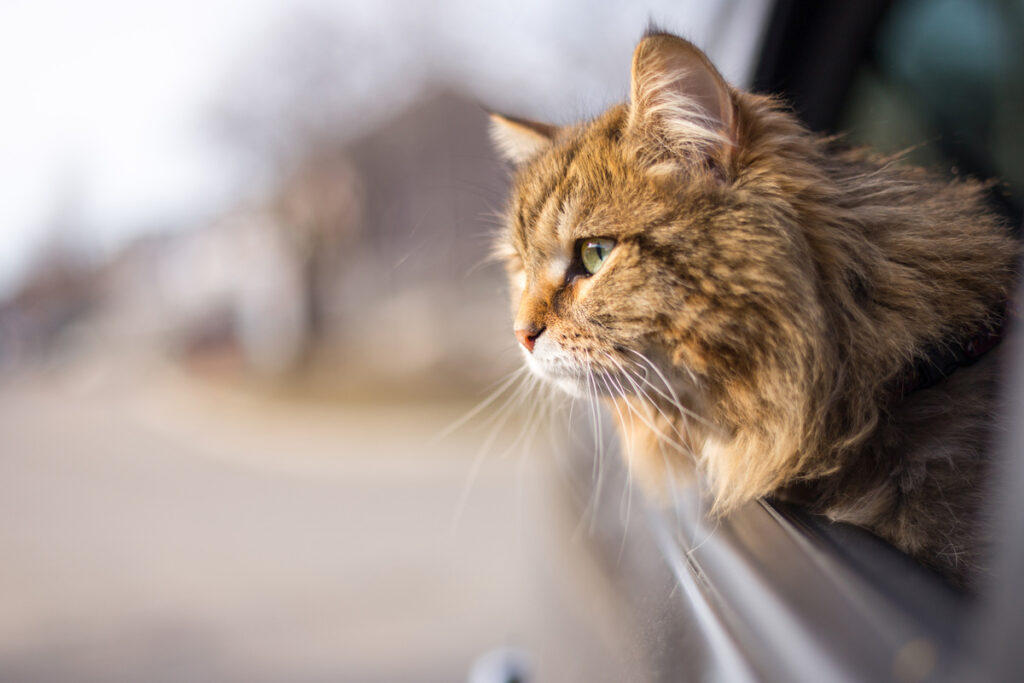 Think you know everything about cats? These invasive hairballs that only cuddle when they want to. Today we are going to discover or rediscover together 20 fun facts to know about our favorite felines, but before we take a look at a compilation of their silly things with Christmas trees.

Cats are among the favorite pets of humans. It’s even very likely that at the time of reading this article, your fur ball is purring close to you. But do you know its secrets? Here are 20 fun facts about cats.

HE MAY BE ALLERGIC TO YOU

According to a 2005 study, feline asthma affects one in 200 cats . This respiratory disease increasingly affects cats because they are in close proximity to humans. Since they stay indoors, their airways are more sensitive from cigarette smoke, house dust, human dandruff, pollen, and even some litter . It is even possible (in rare cases) for a human to transmit a disease like the flu to their animal.

THEY ARE NOT ALWAYS SENSITIVE TO CATNIP

In fact, half of the cats in the world are not sensitive to catnip. This sensitivity is hereditary. If one of his two parents has sensitivity then he will have a one in two chance of being sensitive. If both parents have sensitivity, then there will be a 3 in 4 chance that he is also sensitive.

CATS CAN LIVE WITH DOGS

According to a 2008 study by Tel Aviv University, if the cat is introduced while still young (less than 6 months) into a household with a dog, they will get along just fine. Same thing if the dog is integrated before the age of 1 year with felines, there will be no problem.

THE CAT LIKES IT WHEN YOU STROKE IT

It is often said that cats do not like petting because it makes them anxious, but that’s not true! They love to be petted, but they can get stressed out.

To avoid conflicts, cats know how to define “a field of action” so as not to come into contact with other cats who might feel attacked. In 2013, scientists set GPS terminals on around 50 cats and they were able to observe this phenomenon.

A CAT’S BRAIN IS MORE COMPLEX THAN A DOG’S

A cat’s brain is quite small, making up only 0.9% of its body mass. But that doesn’t mean he’s not smart. On the contrary ! According to Psychology Today , the brain of cats has a structure that is 90% similar to ours. The cerebral cortex which processes information is more complex in cats than in dogs .Namely, the most sophisticated supercomputer in 2010 was 83 times slower than a cat’s brain.

A 2007 study shows that cats have good short-term memory under certain conditions. Scientists passed obstacles to a first wave of cats, they only passed the front paws over the obstacle before being stopped. They then distracted them for 10 minutes with food to see if the cats remembered that they had to finish crossing the obstacle. It was, and they were making the move, even though the obstacle had been removed . On the other hand, the second wave of cats, which was stopped before the obstacle, completely forgot the said obstacle after 10 minutes and did not cross it.

A study by researchers at the University of Illinois found that feral cats were more active than domestic cats . To achieve this result, they placed radio collars on 42 different cats. The most active feral cat roamed about 1,351 hectares, while house cats roamed an average of 4.9 hectares. This same study showed that domestic cats spent 97% of their time sleeping, while feral cats were active 14% of the time.

SOME OF THEIR ILLNESSES ARE SIMILAR TO OURS

Cats are susceptible to over 250 different inherited disorders, and these are similar to human diseases. A cat’s genetic defect can cause retinal pigmentation, a disease that affects 1 in 3,500 Americans . The feline immunodeficiency virus is genetically related to the AIDS virus. 55% of American cats are overweight, or obese. If cats don’t like sweet, it’s only genetic. A genetic defect that acts on the mammalian sweet taste receptor. This receptor contains two proteins, T1R2 and T1R3, encoded by a distinct gene. The anomaly is found in the T1R2 protein. This same discomfort is disturbed in cheetahs and tigers.

Do you have everything clear about dental hygiene and shedding your pet?

5 tips to take care of your puppy 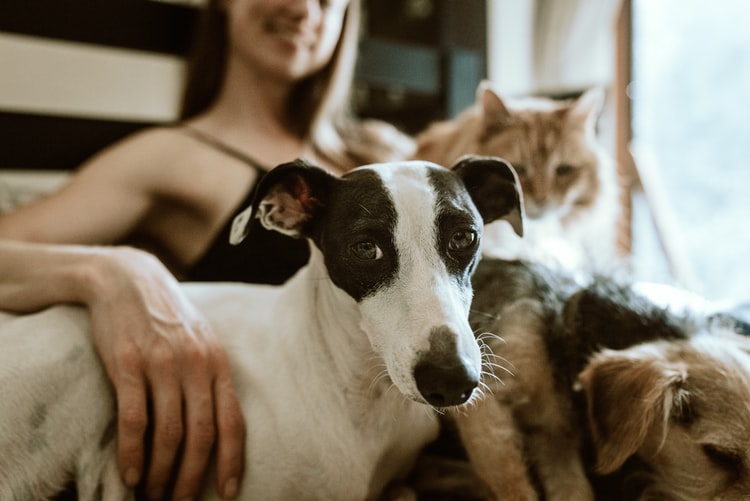 1. Make a calm presentation: Make sure the puppy’s arrival is quiet, without loud noises and with few people, in this way you will avoid feeling scared or intimidated. Being the new one is not easy!
2. A space just for him: Adequate a space in your house where your puppy can go in case of feeling scared, it can be a house, a box or a small corner where he can find his bed and his favorite toys.
3. Balanced diet:
The perfect food should provide your puppy with the nutrients necessary for its development such as Ringo products for puppies that contain a balanced mix of nutrients, vitamins and minerals that helps their bones, hair, teeth and skin to be healthy and strong.
4. Keep your eyes peeled:
Puppies are very restless, explorers and prone to getting into trouble, so it is very important that you be attentive to their movements, this will help you identify the behaviors that you should correct and those that you can reward.
5. Strengthen the connection with your pupy:
Dogs by nature have the facility to make friends, but in the puppy stage they are more curious and are willing to socialize, you can take advantage of this to teach them tricks and good behavior.
Continue Reading

Types of dog hair much more than aesthetics 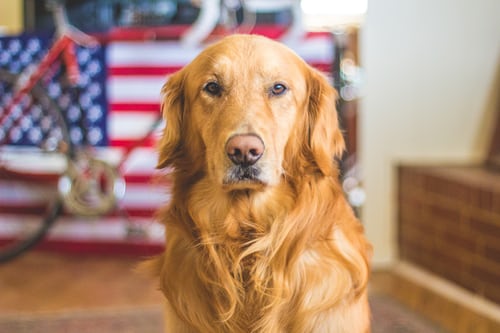 Dogs are very cute, and their fur helps make these friends even more irresistible! They come in different sizes and shapes: long, short, smooth, wavy, colorful, black, white… They all make the puppies even more charming.

However, experts indicate that fur is not just fluffy. They have an important function in the pet’s body, and need daily care. In addition to protection and thermal insulation, many diseases can be noticed from the appearance of dog hair .

So, look for a beauty center and make a dog hydration . Professionals, in addition to leaving their hair healthy and beautiful, will also be able to notice if there is something wrong with the pet. And, for even more personalized care, knowing the types of dog hair is essential!

Starting with the short fur, one of the most common among dogs! This type of coat needs less care, but make no mistake! Even dogs with short fur also need brushing and visits to beauty centers. The threads are usually from 1 cm to 10 cm, and can be smooth or hard.

It is a very common type, present in large, medium and small breeds. Their fur is a maximum of 5 cm and needs little care. As the fur is so short, bathing doesn’t need to be as frequent. Taking your friend to a beauty center once a month, he will be well taken care of.

Experts also recommend that you brush your dog at least once a week. The recommended grooming is the hygienic type, cutting only at specific points, such as ears, feet and genitals.

Some short hair straight breeds are:

What differentiates this type of coat from others is its texture. The short, stiff coat has a rough feel, different from straight-haired breeds. Here, the wire size can be even larger, reaching up to 10 cm.

They need more care, but are considered easy to treat. Bathing must take place at least once a month. Scissors are generally recommended.

Some breeds that have short and stiff fur are:

10 Amazing Tips for Taking Care of Your Dog 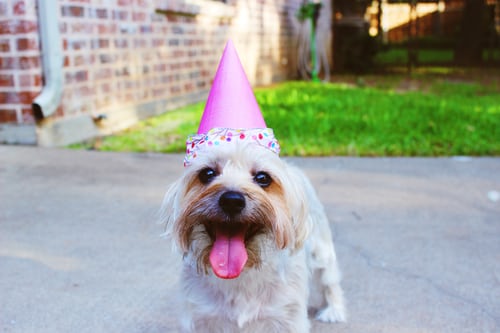 Who doesn’t like to be greeted at home with a smile, wagging tail and happy barks?

Every dog likes to give back all the love and affection he receives, but of course, in addition to a pat, they also need care. See below how to take care of your best friend.
1– Dog adaptation
When you receive a new puppy in your home, prepare a warm and comfortable place, which can be a box or a bed.

If you can, put objects with the smell of the place where he was previously, such as a cloth, so that he doesn’t find the place too strange. And if it’s a puppy, put a watch wrapped in cloth, because the ticking will mimic its mother’s heart, making it calmer. A bottle of warm (WARM, not hot!) water wrapped in a towel will also help.
2– Food
Always leave fresh water for your dog and out of the sun.

Avoid giving leftovers, as only the kibble has the nutrients your dog needs in a balanced dosage.

The feed does not need to be mixed with water, milk or food.

To find the right amount, check the feed package. In all cases, do not leave the feed available for more than an hour, even if the dog has not eaten all of it.

If the dog does not want to eat, remove the food, but take him to the vet if he refuses three meals in a row.
3– Little house
Place your puppy’s house or walk in a covered area, protected from the sun and rain – even if the dog’s house already has its own roof.
4– Hygiene
Brush your dog’s fur daily. For long-haired dogs, consider grooming them, especially in summer. Bathe only when it’s dirty, as too much bathing can dry out your skin and coat. Always use products suitable for dogs, preferably without odor or with a mild scent, as the strong odor bothers and damages the scent of the furry ones.
5- Games
Dogs love chew toys: rubber, plastic or nylon bones. Do not give him objects that shed chips or pieces that could be swallowed. Puppies need these toys even more because tooth growth bothers them. For this reason, do not leave shoes, slippers and the like within reach of the pup
6- A puppy or two?
Having more than one dog can be a great idea, because besides being one more company for the family, it will also be company for the other dog. So that they don’t fight, always be equally considerate of both and feed them in separate places. If they don’t get along well with each other, ask a trainer for help as they will help you identify the reason for the problem. In this post we talk about having two or more animals .
7- Socialization
To get your dog used to other people and animals, always walk him, from a puppy. Whenever he has unwanted attitudes such as growling or jumping on people, reprimand him with a firm “no”.
8- Training
Do not give the dog leftovers from your food or feed him what you are eating. Never yell or hit your friend as this can make them aggressive. When he does something wrong, say a firm, stern “no”. There are manuals on the market that show you how to educate your dog. Buying one of these and following the tips can be excellent for the dog’s coexistence with you and your family.
9- The dog alone at home
So that your dog doesn’t get anxious alone at home, train him. Grab your keys and leave for 2 or 3 minutes. Gradually increase this time. When leaving him alone, leave a radio or TV on, so he can hear people’s voices and be calmer. Here are tips for dealing with a bored or barking puppy .
10- Tours
When walking your dog, be polite. Clean your dog’s poop and shorten his leash when passing other people on the sidewalk. Remember that how your dog behaves interferes with how other people end up seeing dogs in general. Always walk in the early morning or late afternoon so that your puppy does not suffer from excessive heat.