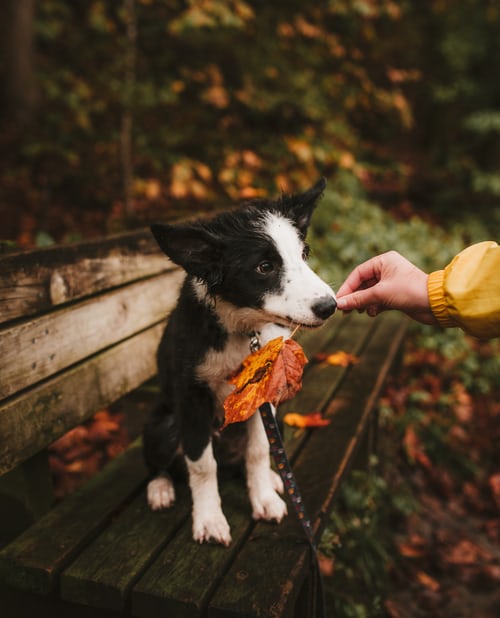 Retriever: The six most intelligent, obedient and familiar breeds

7 FUN FACTS YOU DIDN’T KNOW ABOUT YOUR DOG

Retriever: The six most intelligent, obedient and familiar breeds

Did you know that there are 6 breeds of retriever type dogs? Although the Golden and the Labrador are the most popular, they have four more relatives (from the United Kingdom and Canada), discover the types of retrievers that exist!

1. Golden Retriever The most popular breed of retriever is also one of the most beloved breeds by the dog and animal-loving public, due to its personable and friendly nature and for being an exemplary companion . The golden retriever (or golden retriever ) has its origin in the United Kingdom , and it is a classic breed, whose first specimen was born in the mid-nineteenth century. It is a skillful breed for tracking on land and water and the dog by reference to help blind people . The Golden Retriever is one of the dogs that makes the most out of people and has a meek, polite, affectionate and very friendly character, how not to adore him!

2. Labrador Retriever The Labrador Retriever is the second best known breed of retriever, and is often confuse with its relative the Golden Retriever, especially when it is a golden color specimen. However, there are clear physical characteristics that differentiate one breed from the other: Labradors have a wider head and shorter hair . In addition, it is a breed of Canadian origin . The Labrador is also a dog of exceptional character (although with a bit more genius than the Golden ones) and they have an amazing talent for tracking, which makes them perfect for work in rescue work, police operations and anti-drug and explosion brigades.

3. Flat Coated Retriever Also known as a smooth-haired retriever, it is a breed of dog from the United Kingdom . It is a docile, calm and very familiar dog and needs (like the rest of its retriever relatives) to do a lot of exercise. It is a breed somewhat more disobedient than other retrievers (if it gets bored it can bite our objects ), so it is advisable to have a good education from a young age . However, it is a friendly animal and easy to train .

4. Nova Scotia Duck Tolling Retriever It is the retriever with the longest (and most difficult to remember) name in the whole family, but its name perfectly defines the origin of this cheerful and friendly dog. This breed is born in Nova Scotia (Canada) and its function was to recover ducks in lakes and rivers . Like its cousins, it is an animal of impeccable character , educated, enthusiastic, cheerful and easy to train, always ready to learn and that admires the human being. It is recommended that they live in rural environments since they need to do a lot of exercise and burn energy, and also be in the company of other animals and people, they are not solitary animals , they need love and attention.

6. Curly Coated Retriever Also known as a curly-haired retriever , the curly is a more classic breed of retriever, originating from 17th century England . He has an endearing character and is a great companion and above all he stands out for being a great hunter and swimmer, although he needs training from an early age as he is the most rebellious retriever. His curly hair is his most curious and admired characteristic. The curly prefers to live in rural spaces to be able to run and burn energy playing with its human family, which it will consider its clan. 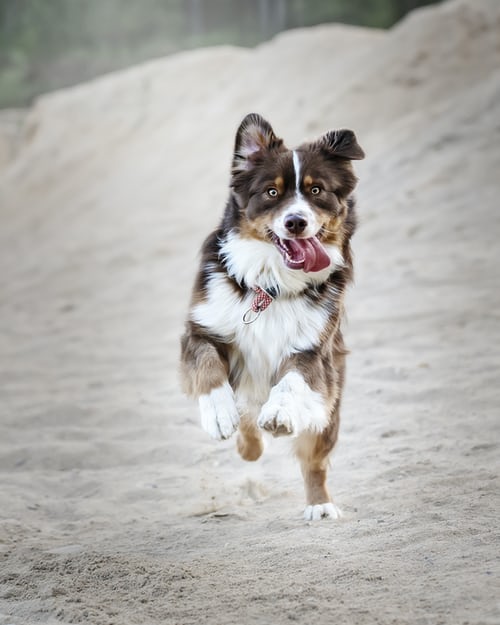 Dogs show us their affection through their body and verbal language . However, not all races demonstrate it in the same way . On the contrary, some breeds are more affectionate and “clingy” than others, who are more independent or cool in their displays, which does not mean that they do not have unlimited affection for their family.
In this article we are going to analyze how dogs show their affection and we will select 10 breeds that are among the most affectionate in the world. However, you must bear in mind that the bond with your dog is established through play , training and daily living .
Whatever dog you have, with a little interest and a few notions of canine ethology, you will soon learn to communicate with him and know how to interpret his signals.
How does a dog show us his affection?
Dogs display extensive body language, with which they can express their emotions:
The dog’s tail
You probably think that when a dog wags its tail, it is because it is happy. However, this is not always the case, since with its tail, the dog can show many emotions .
If your dog wags his tail at medium height and in circular motions, wagging his butt, it indicates that he is feeling happy . However, if your dog has a stiff tail on his back, it is a warning sign .
Dog’s face
Dogs are capable of smiling, and if your dog has his mouth open and relaxed, smiling, he is happy and wants to show you his affection.
However, panting can be a sign of stress , unless it’s too hot or you’ve been exercising.
If the dog blows air from his mouth , with it closed, causing his cheeks to go in and out, it is a sign of nervousness, so you should be careful.
When your dog’s eyes are round and the look is soft and sweet, it means that everything is going well . It has been shown that when a dog makes eye contact with its owner, it releases oxytocin, increasing its sense of affection.
However, in the canine world, eye contact can be considered a challenge or a threat , so you should be careful before making eye contact with an unfamiliar dog.
Keep in mind that dogs always avoid long stares and are likely to turn their heads to avoid a confrontation. It acts the same way.
If the dog’s gaze is hard and blink-free, it’s a warning to back off. Also, do not go near a dog who stares at you with wide eyes while his body is stiff and tense.
Dog jumps
Show jumping is one of the ways dogs show their affection. So when you get home, they jump up and try to catch up with you, to show you that they are happy to see you and that they don’t want to hurt you . If your dog is very affectionate, he will surely try to lick your face . This indicates that he is by your side and respects you.
Be aware that dogs sometimes jump on humans for other reasons, such as separation anxiety (an anti-anxiety vest can help). Nervous jumping is different from jumping for joy, and you must consider all the body, gestural and sound expression that your dog has to know if he is happy or not.
If a dog jumps up and hits you in the face with its muzzle or keeps its muzzle pressed against your face, this is not a friendly gesture . If your posture is also rigid, you must be careful and stop this behavior.
Some people find it funny that their dog straddles them when they are lying down and they do little hops . However, it is a gesture of dominance that you must prevent.
The dog leans on your leg or leans over you
Dogs often lean on you, dropping all their weight against your legs. It is a gesture of friendship . In this case, the dog will smile and his gaze will be sweet. Your body will be relaxed and your tail or butt may move. Your dog is saying that he totally trusts you, it’s like giving you a big hug.
Of course, this gesture can also indicate anxiety or leadership . As always, you should pay attention to the dog’s body expression. If he stares at you, with a hard expression, and his body is rigid, be careful, because he is telling you that if you make any strange movement, he will attack you.
Whenever a dog is friendly, his expression is relaxed and his gaze soft. Also, in these cases your body does not show any signs of tension .
The dog snuggles up next to you
This is a great sign of affection . You will notice that your dog lies down next to you and leans on you when you are sad or feeling bad. He does it to comfort you. It can also be a sign that the dog is scared or nervous and is seeking your protection. It is a sign of absolute confidence in you .
The dog follows you
Dogs are gregarious animals and always seek the company of their pack. They would follow you everywhere if they could. It is a way of protecting some members of the pack towards others . A united pack can face any danger.

History
The history of the American Foxhound is longer than that of the United States. The distinctive features of the breed are said to have been created by crossing with a French Beagle donated by the Frenchman Lafayette to George Washington in 1785. George Washington was a real dog lover, he had a large pack of dogs and he was constantly working on the dog breeds that he had to improve. The Irish, English and French Beagles were crossed over and over again until the American Foxhound met all the dog requirements in the United States.

Health
The American Foxhound is a hardy and natural breed and has few health problems. The only diseases associated with this breed are deafness and hip dysplasia. The American Foxhounds are free from genetically transmitted diseases such as the hip and bone problems, which afflict other larger breeds. The American Foxhound has a tendency to gain weight and owners should be careful not to overfeed them.
This breed features a lot of energy and wishes daily exercise. Sufficient attention must be paid to training and the American Foxhound must receive a strict, disciplined and no-nonsense upbringing.