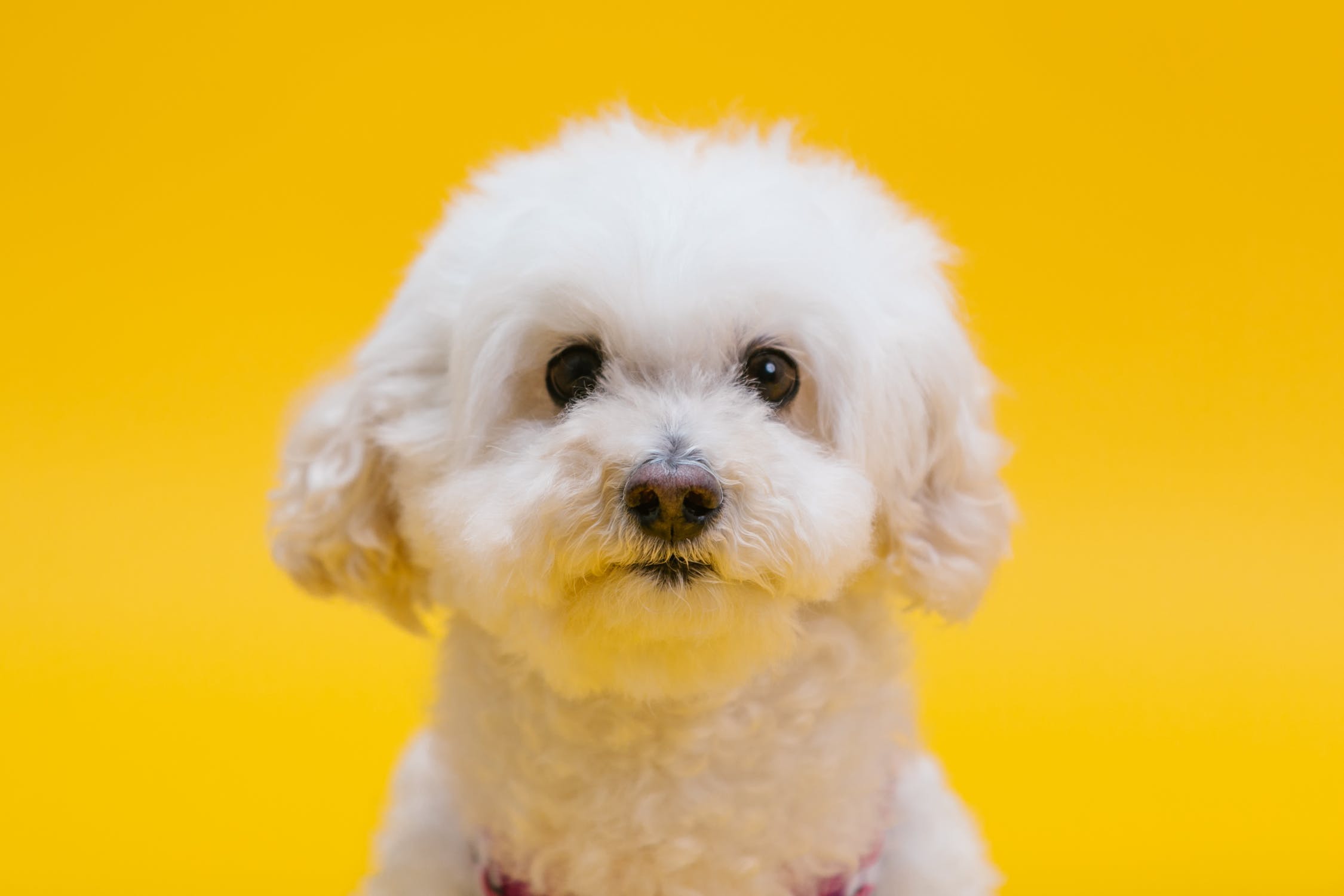 The Pitbull dogs, with his big smile, are adept at stealing hearts. Although they are incredibly protective of their favorite people, they are also quite affectionate. Also, Pitbull puppies love to play non-stop and interact with both children and adults.

With ancestors from England, Scotland, and Ireland, pit bulls were created by crossing different breeds of bulldog and terrier. Originally they were bred to fight large animals, although now these practices have been banned fortunately. They have also been excellent rat catchers thanks to their terrier side. When they see our full grown American Bully and Pitbull pups, people can’t believe how rapidly they grow! We invite you to visit Burrnationk9s Pitbull Kennel and see our Pitbull Puppies for Sale.

The pit bull does not have an official breed standard and includes different breeds such as the American Pit Bull Terrier or the American Bully. It is closely related to the American Staffordshire terrier, as they both have similar, broad, flat heads and robust bodies.

Who is the best human for a Pitbull?

The Pitbull dogs are ideal for family life. They are known for their kindness and willingness to play with children and love being part of an active household. They need to get rid of excess energy, so if they are locked in an apartment without the possibility of moving they can develop destructive behavior.

The better trained you are, the happier your Pitbull will be. Thus, Pitbull puppies who quickly get used to the leash and interacting with other dogs and other people will enjoy a full and happy life.

Where to find Pitbull puppies

Choosing between adopting and buying a Pitbull puppy is a personal decision that also requires some research. Luckily, there are plenty of resources to help you find an animal shelter or breeder who offers healthy, ethically sourced Pitbull puppies.

If you want to be a responsible pet owner, you must consider the characteristics of the pit bull. Whether you are using a breeder or planning to adopt, you should prepare to welcome into your home a new member of the family who is as energetic as he is loving.

American Pitbull are not aggressive dogs

This breed of dog needs a person by his side who has the experience and time to train and educate him from a young age. Thus, the temperament of the American Pitbull is in no case aggressive because it is of this breed, but it can become an aggressive dog, like any other dog, if it does not receive adequate care and attention and is educated in a negative way or is mistreats you. On multiple occasions, this breed has been used for illegal fights, enhancing aggressiveness and conditioning its character. However, American Pitbull are one of the most loving, loyal, and protective dogs.

Pit bulls have been one of the most sought after and popular dogs for years. Its character and its particular physique have made it become a highly demanded breed among dog lovers. However, sadly, they have also been associated in a generalized way with negative aspects, such as the false belief that it is an aggressive or dangerous race, having become the news of different attacks on humans. However, this lineage of original dogs from Great Britain have one of the most stable temperaments according to ATTS (American Society for the Evaluation of Temperament) and it all comes down to providing a good education, care and stability, as it would happen with any other animal.

Can You Actually Know Your Pets Thoughts?

5 Things you should know about American Bully

How To Select The Most Suitable Bed For Your Dog

How to choose the right dog bed? This question worries all pet owners. I want the couch to be comfortable, beloved by the pet, so that he runs with pleasure to his sleeping place. And I don’t want to spend money on a thing that will take up space in the apartment in vain, because the dog will not want to use it. This dog beds guide is designed to aid you in choosing the best dog bed.

There are several factors to consider before buying.

What Are The Beds Made Of

A mattress for a pet can be either homemade or made by professionals. There are a lot of filling options. There are only two requirements for them – the bed should be comfortable for the pet, and it could be easily cleaned. Let’s consider several options.

When choosing a bed, be guided by the size of the pet, his favorite sleeping position and how convenient it is to take care of the bed – whether it can be washed, or only dry cleaning is possible.

How to Teach Your Dog to Drop Items 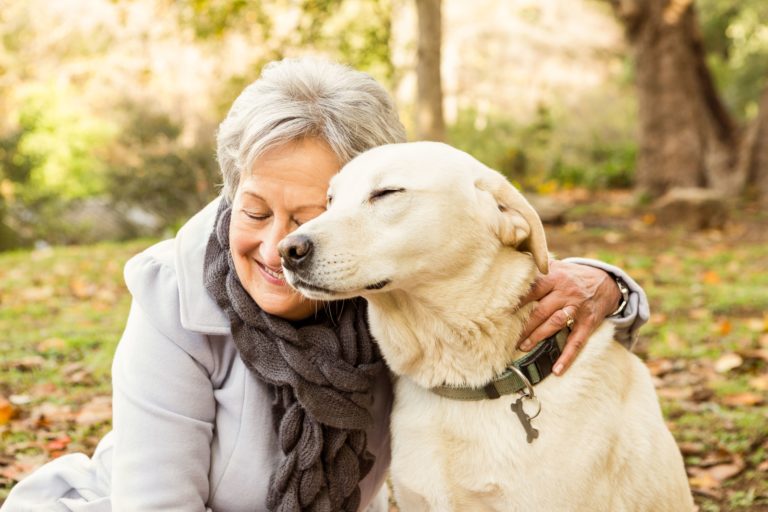 Teaching your dog to drop items on command is a great way to establish your position as the leader of the pack. Dogs are natural pack animals, and they will be happier if they respect you as their leader. This is important not just for relationship reasons, but also for safety reasons. Your dog might pick up something dangerous it shouldn’t ingest, or you might need it to drop something for some other reason. Also teaching this command can be fun!

Why is it important to teach your dog to drop items?

There are several reasons why you should teach your dog this skill. These include:

How to start teaching your dog to drop items

To start, put the item you want your dog to drop on the floor in front of him. As soon as he takes it up (or even before), say the phrase “drop it.”

While his mouth is full and he’s trying to figure out what you’re asking, exchange the item for a treat. If he doesn’t spit it out, keep holding his mouth closed until he opens it. The goal is to reward him when his mouth is open and he’s not chewing on anything besides a tasty treat or snack.

Once your dog has swallowed whatever treat was in his mouth, give him several more as praise. In other words, don’t ask him to drop something else right away, lest you overwhelm or frustrate him by changing tasks too quickly.

Repeat this exercise several times over a week or two (or longer) until your furry friend has learned what “drop it” means. Remember: patience and consistency are key!

How do you introduce the items for training?

In order to practice, you’ll need to introduce your dog to some items. Start with toys, as they’re small and easy for the dog both to pick up and drop. If your dog is already used to playing fetch with a toy, then you can simply point out the toy and say “drop it” when they pick it up. Otherwise, try holding the toy in front of them while saying “drop it,” then let them play with it. When they’re holding onto the toy, say “drop it,” and praise them when they do so. You can also hold a treat in front of them and see if that encourages them to drop what’s in their mouth—they may be more motivated by food than by toys at this point.

After introducing one item for Surrey dog training, move on to another item (a different toy or maybe something else like a dog chew). Make sure that there are no other items around in case your dog becomes distracted from what you want them to focus on—you don’t want any confusion about which item the command is referring to!

More tips for a successful training

Once your dog has proven his prowess, it’s easy to let the praise and treats flow. The key, however, is to not overdo it; you don’t want your pup to start dropping items because he’s expecting a tasty treat every time.

Keep your tone and body language the same as when he first learned the trick. If you find yourself having to go through any of the steps again or if you notice any regression in performance, do some repetitions until there is an improvement. It’s also important to use different items for training so that your dog learns the lesson rather than simply learning which item earns a treat.

Overall, the treat method works best for training a dog to drop things. Because as we all know, there is no better motivator than food! In an ideal world, treats would be unnecessary, but that’s just not reality. Just be sure to keep your dog on a healthy diet and give them treats in moderation.

Dog supplies are the necessities of a pet that you should consider buying for your dog every year. This is expensive and not an easy thing to do considering all the different brands of dog supplies on the market today.

What is important for you is to get what best suits your dog’s needs. Do you know your pet? Next, it is essential that you think about the things you need for your pets.

When thinking about your dog’s needs, you also need to consider your budget. You can choose the best dog supplies on the market by comparing different brands. There are so many pet supplies for your dog available in the market. It is very confusing to know which ones will suit your dog’s best. When buying dog supplies from a pet store, there are many brands of dog supplies.

If you think you don’t have enough time to compare brands, you can use the Internet. There are many pet websites that can help you compare different brands of dog supplies. You can easily compare the prices of each brand to get the one you want at the most reasonable price.

Another thing to consider when buying dog supplies is the purpose of the dog supplies. What are the items you are going to buy for? Do you plan to buy your pet dog toys or dog food? Is your pet in need of specific pet supplies?? By considering these questions, you will be able to purchase the appropriate dog supplies for your dog that will meet his basic needs.

Finding the right pet supplies for your pet can also take time. You need to think and carefully consider all the features of the products to decide which one will be best for your dog.

To be able to find the right pet supplies, you need to ask other dog owners who have purchased similar types of products and you can also read about them and the reviews about them on the internet. By reading these reviews, you will be able to decide what kind of dog supplies your dog should buy.

Some of the basic things you need to consider when buying dog supplies are the size, the materials used, and the function of the item for the dog. These factors will help you decide what type of dog supplies you should buy for your dog. Item size is usually measured in ounces.

You can choose supplies for small or large dogs. When buying dog supplies, you need to make sure that you have enough for your dog because you don’t want him to get tired of having the same old dog supplies for several months.

Make sure that any pet supplies you are considering buying are approved by your local animal hospital veterinarian. You can also check out some of the pet websites on the internet to see what kind of pet products are available so that you have no problem finding the right kind of dog supplies for your pet.